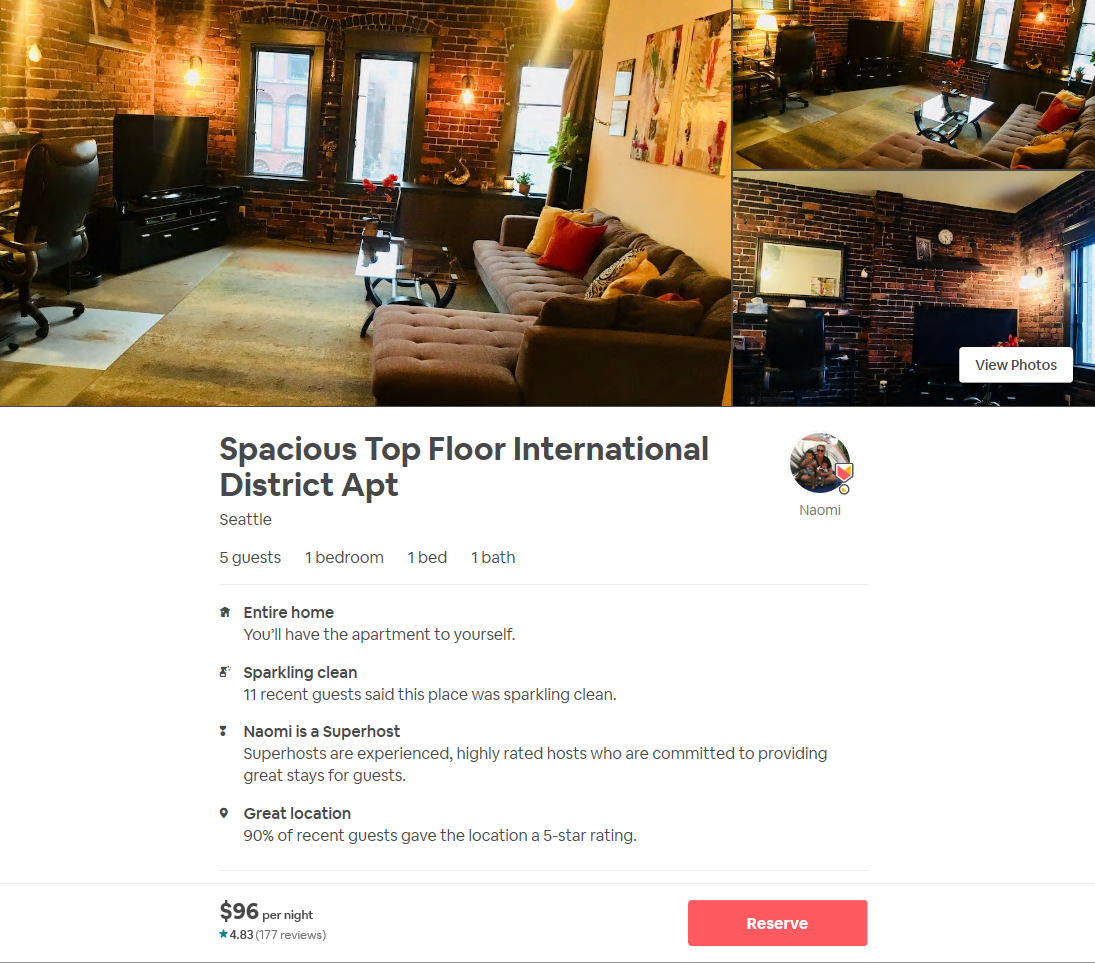 The End of an AirBnb Era

The first day we ever tried hosting on Airbnb was Friday the 13th.  Three years later, it’s now Friday the 13th again, and our last guest checks out.  Spooky, right?!!

A new law in Seattle goes into effect on December 15th, 2019 that will require all short term renters to have a short term rental (STR) license.  You cannot obtain the STR license unless you own the property.  We thought we had a work around since we were in the rare position of our landlord being okay with us renting our units on Airbnb.  But no dice.

Still, we hosted 444 reservations between the two apartments since January 13th, 2017, and we almost have a 5 star (4.8) rating.  So, while we can’t run these particular properties anymore, I’d like to think we are pretty good at it.  We will definitely host again!

The dream is to move to the Olympic Peninsula and have a house on a piece of property with container cabins sprinkled about that we can rent out.  We could turn that one into a real bed and breakfast too.  My husband has been a chef for over 25 years and could keep people well nourished before their daily adventures.

After hosting 2 apartments on Airbnb since Friday the 13th of January, 2017, here’s what I’ve learned:

“You cannot be really first rate at your work if your work is all you are.” (Anna Quindlen)

This has been especially clear for me in 2019!  I could afford to take more risks.  I was never in panic “need to pay my bills” mode.  So I could take a step back to look at the big picture and make more calculated decisions.

Anyway to summarize, AirBnb is a great side hustle if you can make it happen.  We are now hatching plans for about 17 other side hustles – we will see which ones stick! – until we can host a listing on AirBnb again.  C’est la vie, AirBnb!  Or shall I say, “hasta luego”??